The “Walcott Community News” this week announced baseball news, the progress of the Main Street resurfacing project and plans for the Memorial Day services in the  Walcott Cemetery.  Each year Walcott celebrated their veterans with a parade and by placing flowers on the graves of the veterans.  Please visit your local cemetery to honor the veterans who gave their lives for you and our country.
The Daily Times
Saturday, May 28, 1932 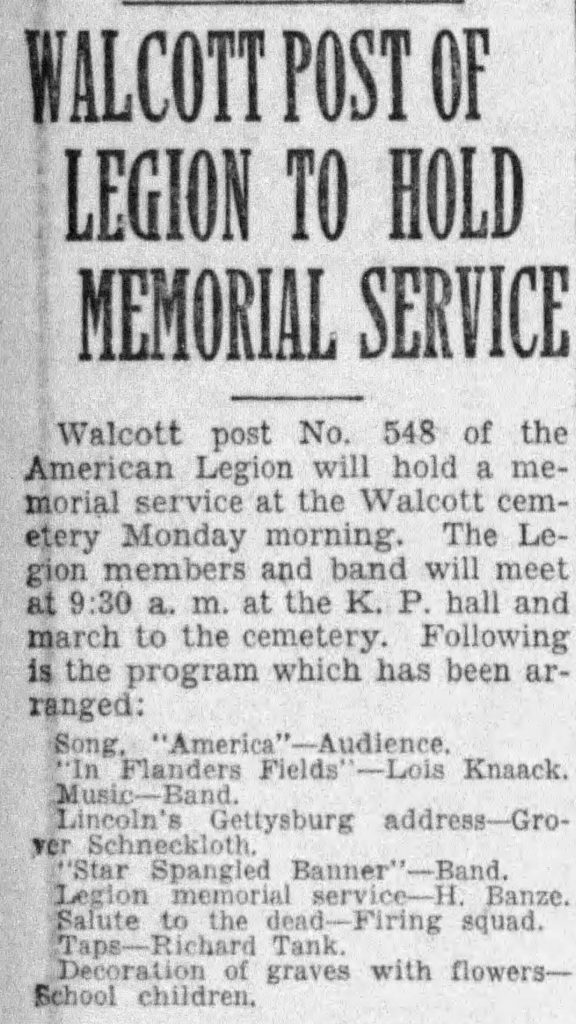 Excerpted from History.com:
“The Civil War, which ended in the spring of 1865, claimed more lives than any conflict in U.S. history and required the establishment of the country’s first national cemeteries.  On May 5, 1868, General John A. Logan, leader of an organization for Northern Civil War veterans, called for a nationwide day of remembrance later that month. “The 30th of May, 1868, is designated for the purpose of strewing with flowers, or otherwise decorating the graves of comrades who died in defense of their country during the late rebellion, and whose bodies now lie in almost every city, village and hamlet churchyard in the land,” he proclaimed.  On the first Decoration Day, General James Garfield made a speech at Arlington National Cemetery, and 5,000 participants decorated the graves of the 20,000 Civil War soldiers buried there.

As time went on, “Memorial Day” began to supplant “Decoration Day” as the name of the holiday, and it soon became a day to honor all fallen American troops, not just those from the Civil War. After the two World Wars, Memorial Day was the term in more common usage, and the act of remembering all of the fallen took on a renewed importance.  In 1971 it became an official federal holiday.” 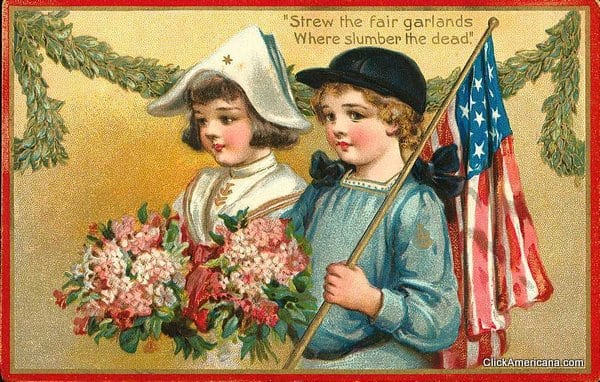 Remember to click the white link at the top to see the next issue of the Walcott Community News.