This week, the “Walcott Community News” includes a plea to farmers to pledge $25 towards the purchase of a new pumper truck.  Also, there is an article about the Civil Works Administration (CWA) removing trees in the park by the school.

As found in Wikipedia:
“The Civil Works Administration was created on November 9, 1933. It was intended to be a short term program designed to carry the nation over a critical winter while other programs such as the Federal Emergency Relief Administration were being planned and developed. Its original aim was to put 4 million needy unemployed to work for the winter of 1933-1934. CWA projects were sponsored primarily by local state governments, and every attempt was made to fit the projects to the local people in need of work.”

As found at https://livingnewdeal.org/glossary/civil-works-administration-cwa-1933:
“The CWA ended in July of 1934 (although most employment ended by March 31, 1934) but its success was so remarkable and its closure so clearly felt that it was recreated in the form of the Works Progress Administration.”

One of the CWA/WPA projects in Walcott was clearing a junk heap in the 200 block of West Otis Street. For 40 years junk had been heaped in this place until it became so obnoxious that the town’s Board of Health declared it a “public nuisance.” The project consisted of digging a hole, 70 feet wide, 200 feet long and 6 to 8 feet deep; moving the junk into the hole and covering it with the excavated soil. This was near the area of the tennis courts. When the work was finished, the same workers were moved to the playground, in Victory Park, across the street from the town’s school. This area was covered with tall cottonwood trees with branches that often fell to the ground, creating a hazard to the children playing below. The largest of the trees were sold for lumber and the branches, useless for lumber, were given to the needy in Walcott to burn for heat. 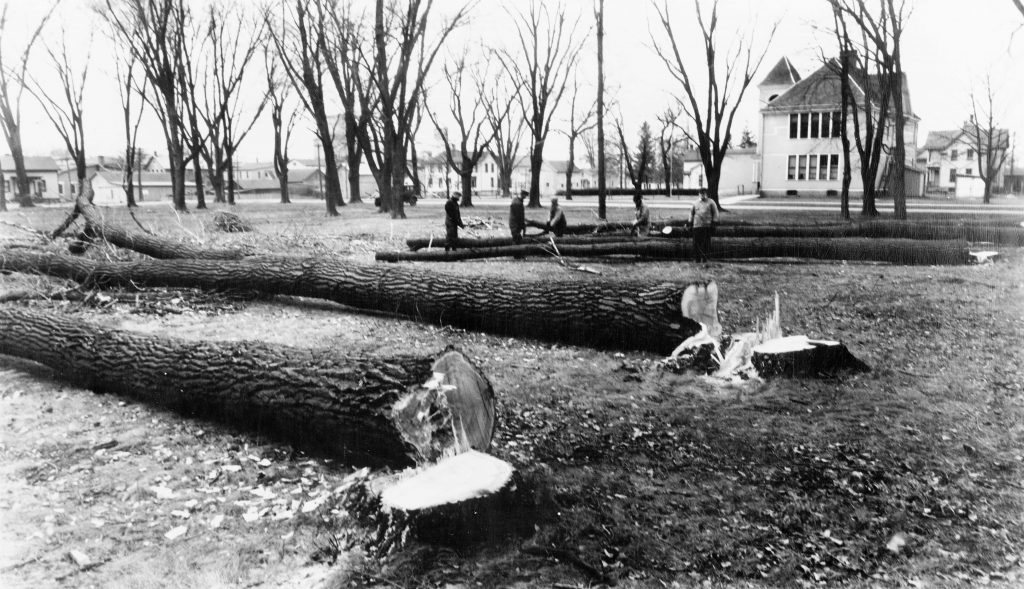 Remember to click the link at the top to view the “Walcott Community News” newspaper.