The April 18th, 1934 edition of the “Walcott Community News” features articles about baseball practice, spring cleanup for the town and the exciting capture of two members of the north and south side gang.

The earliest mention of a Walcott baseball team is in the 1904 local news article below.  About halfway down, the Walcott and Blue Grass baseball teams are mentioned,  but we do not know if it was a school team or an amateur team.  By 1909, the team is advertised as an amateur team. 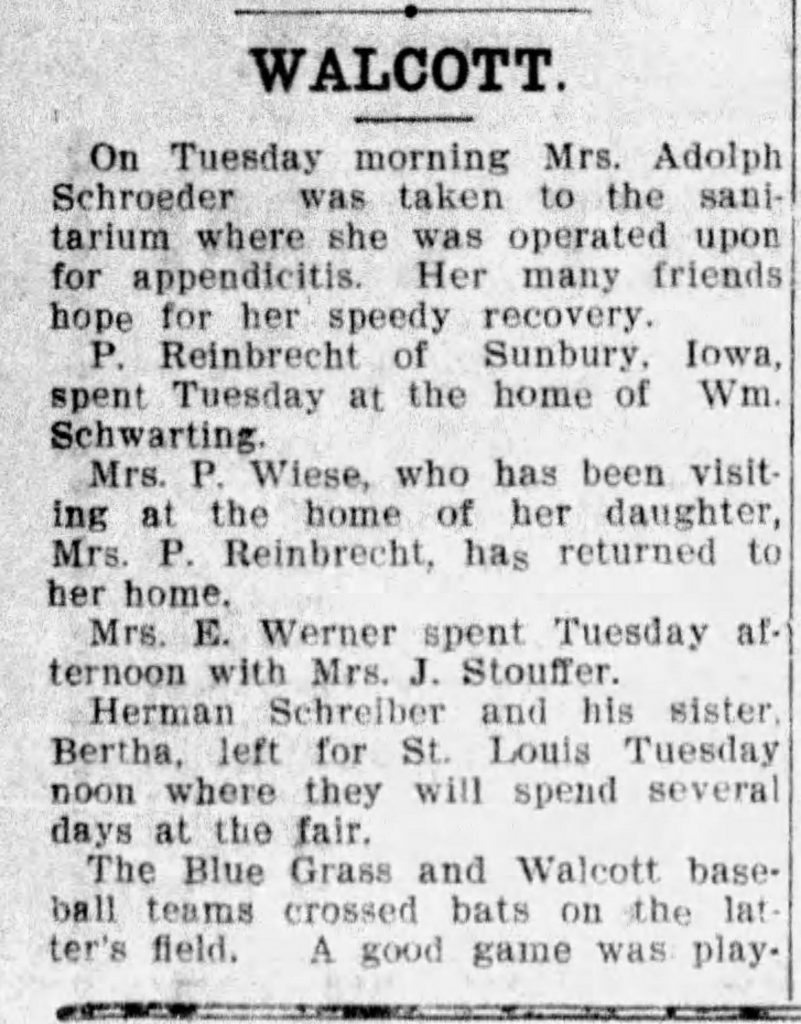 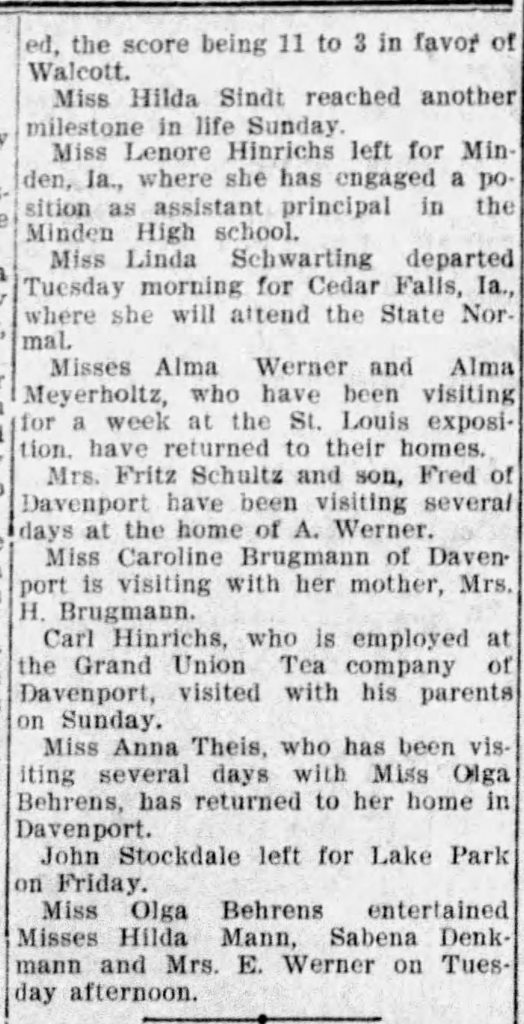 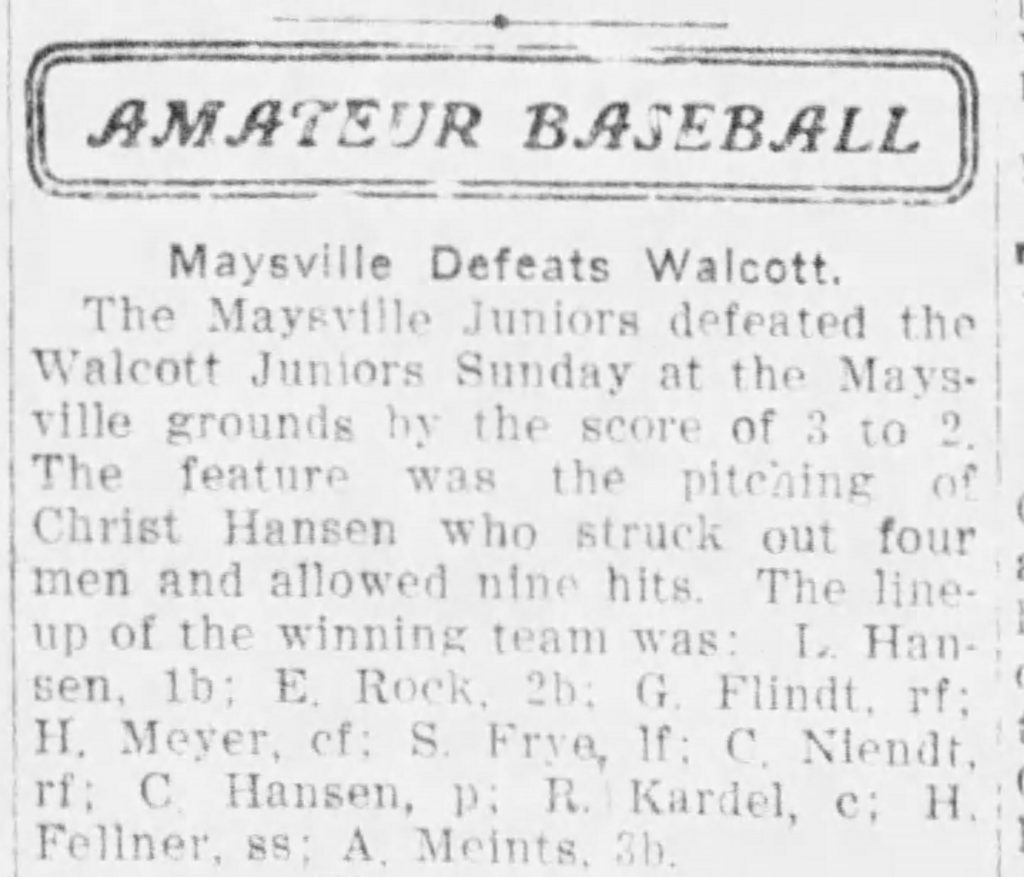 Baseball played an important part in the social life of the Walcott community. One wonders if maybe this 1909 game was played on the 4th of July since there is a flag by the tent. Ladies used parasols for shade, and a large tent provided shade to those eating. The player standing by the bench on the right side of the photo is a Blue Grass team member. The seated fourth Walcott player from the left is Otto Kurtz.  I wonder who won?  Can you help us identify any of these players? 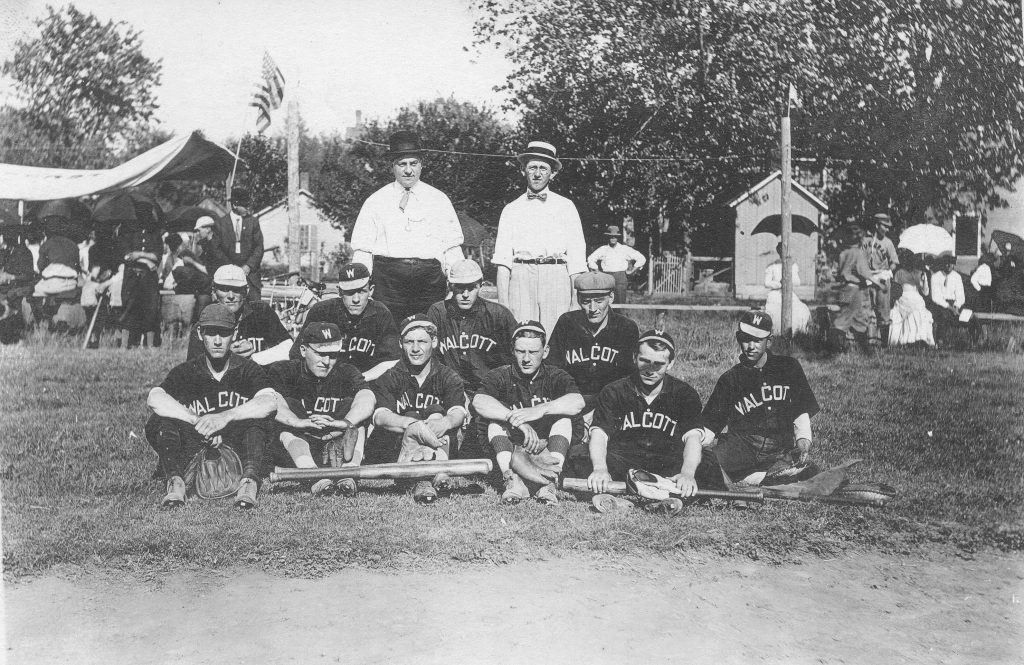